Will you join Boo Republic?

Want to get in touch with the spectre himself?
For new business contact hello@boorepublic.com, call (+30)2310840567 or visit us.

Hello my name is” You’ve heard this, over a million times. The first day at school in your new classroom, at the summer camp or even when mingling around, socialising and making a simple acquaintance. It is the very first phrase someone will say to introduce themselves. We were assigned by Vamvalis Foods S.A., to re-introduce their line of nuts and dried fruit products to a younger audience, under the Pellito brand. In total, 21 products had to be redesigned, using a unified language.

We based our design on the very idea of acquaintance, utilising the infamous name tag sticker – which all of us at some point have worn or have encountered. This concept allowed us to unify the image and introduce a more youthful visual language. Extending this notion, the titles resemble handwritten letters to emphasise on the fun and fresh element.

This way, the custom lettering compliments the flat coloured label-name tag, giving it life and essence. The titles are crisp, bold and each one exists as a unique composition which allows for greater distinction between the products. A complete alphabet based on the lettering was created in order to cover the needs of this project, along with letter variations and glyphs. The vivid colours used contribute to the modernisation of the product line and also offer differentiation among the SKUs on the shelf. 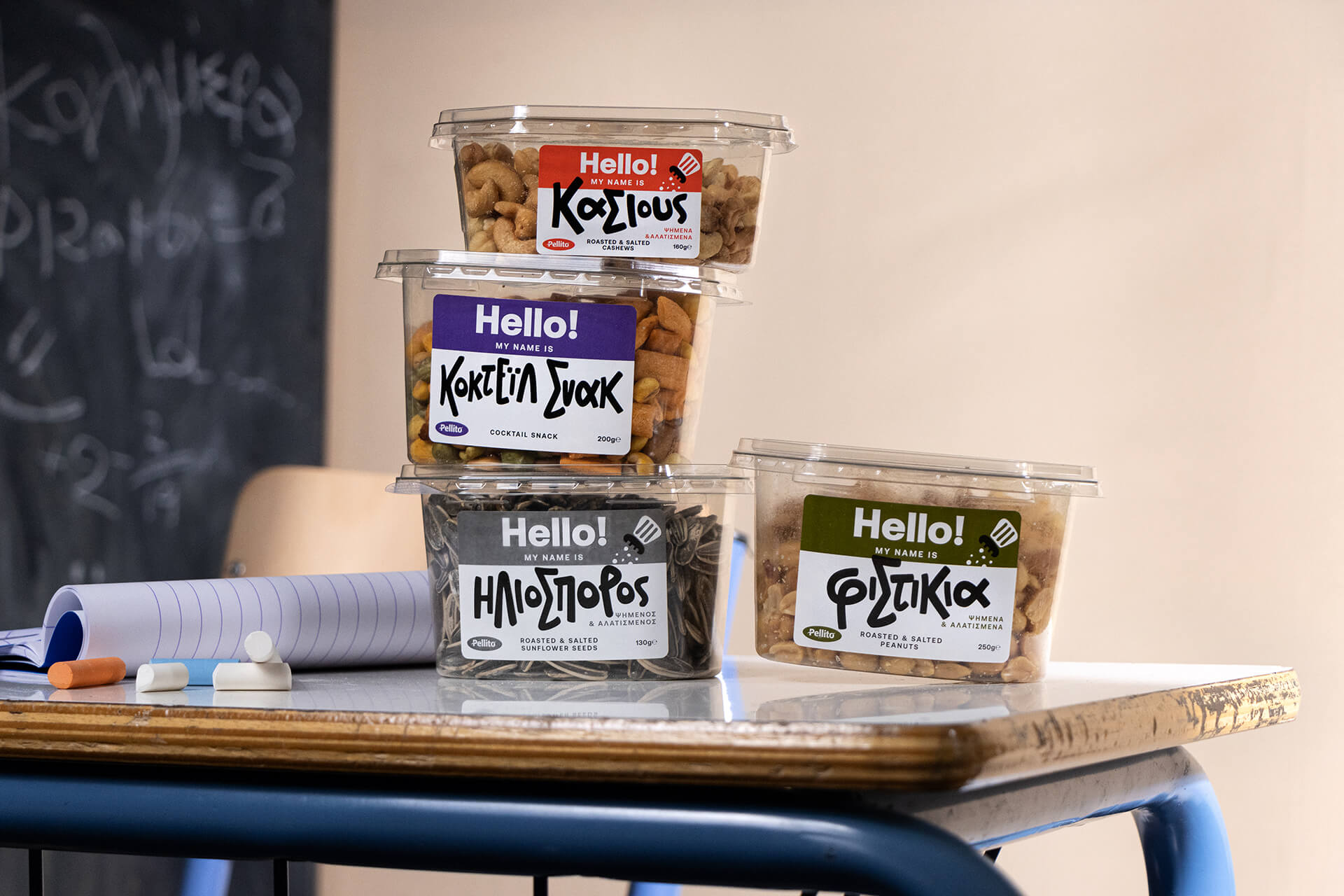 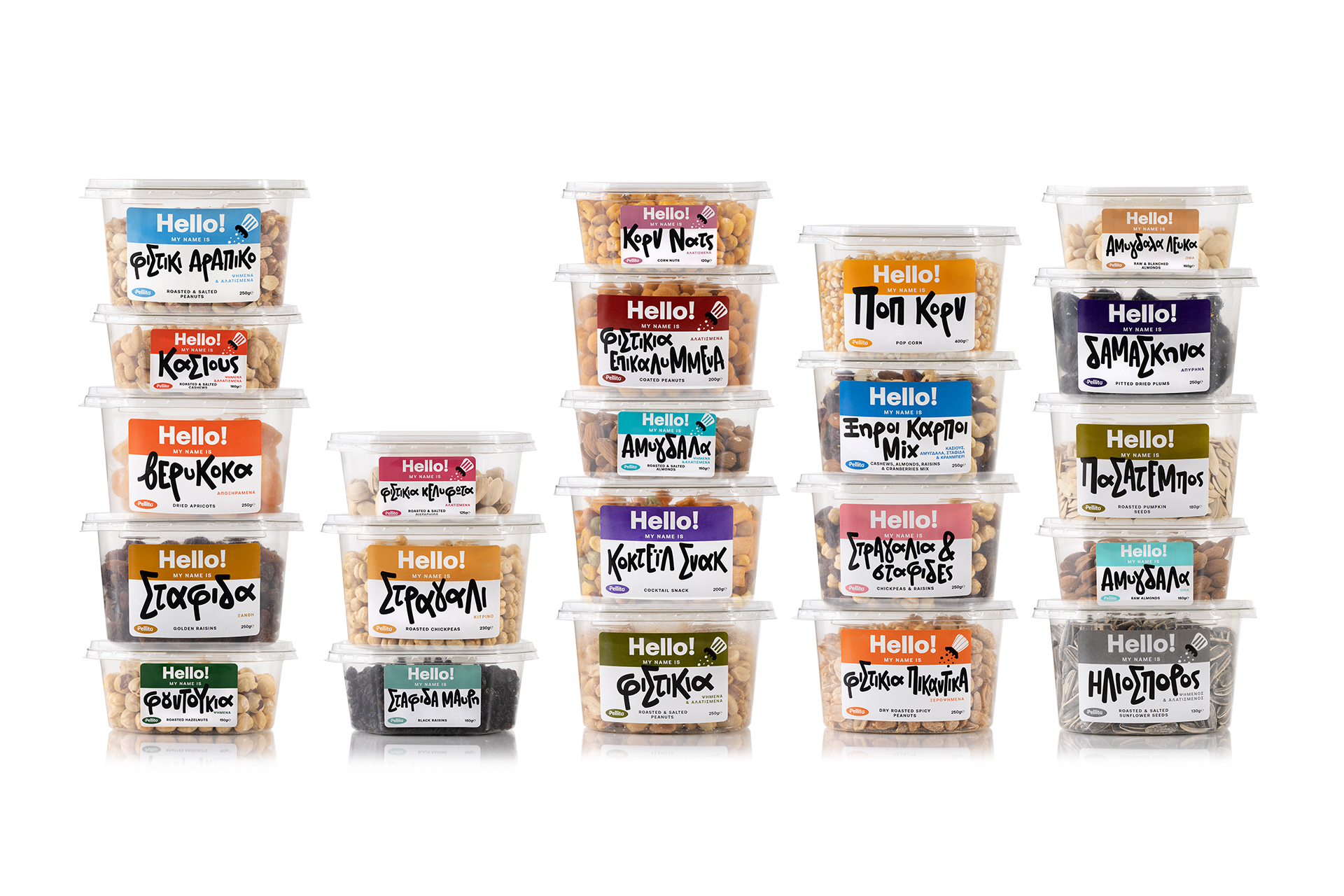 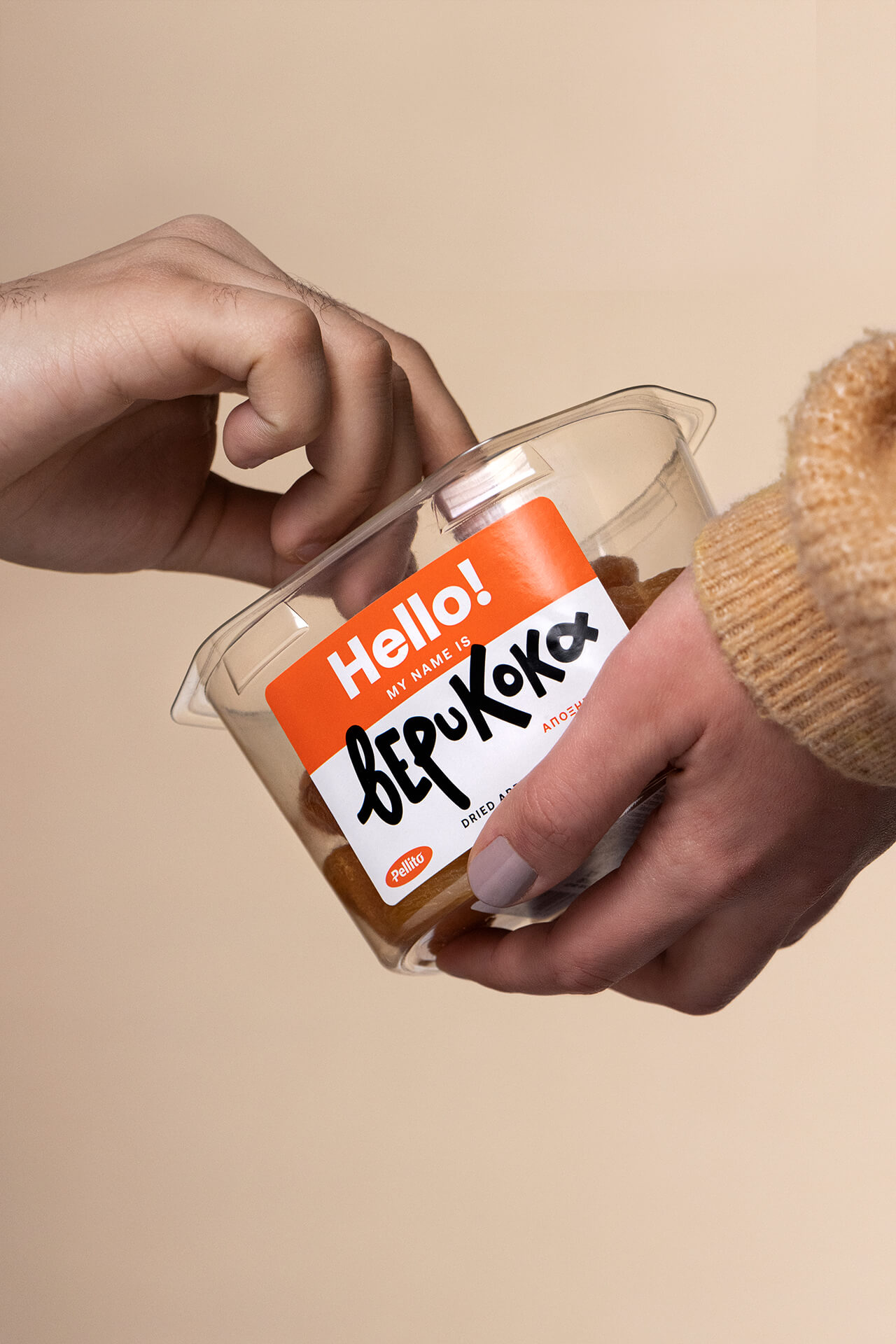 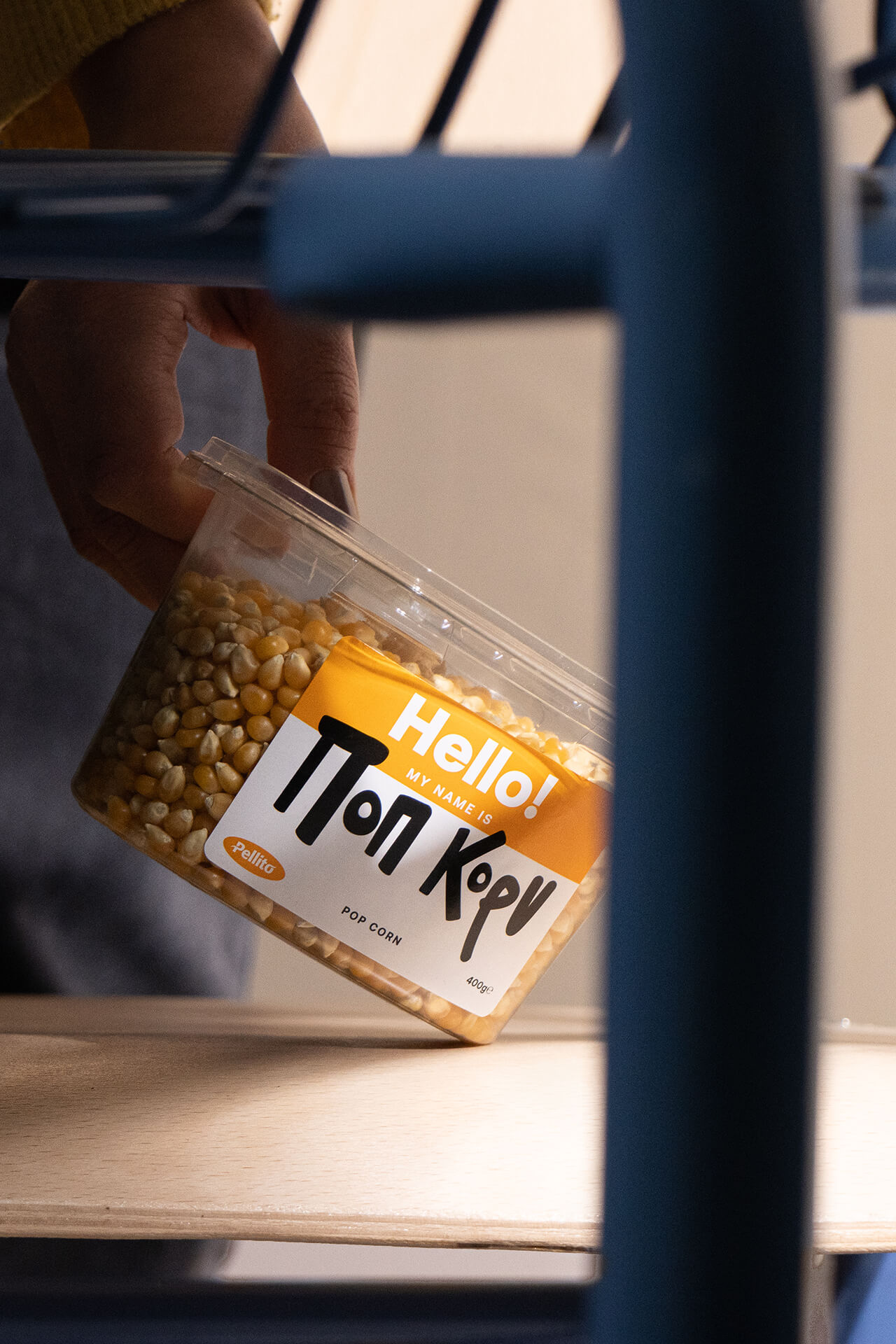 We based our design on the very idea of acquaintance, utilising the infamous name tag sticker. 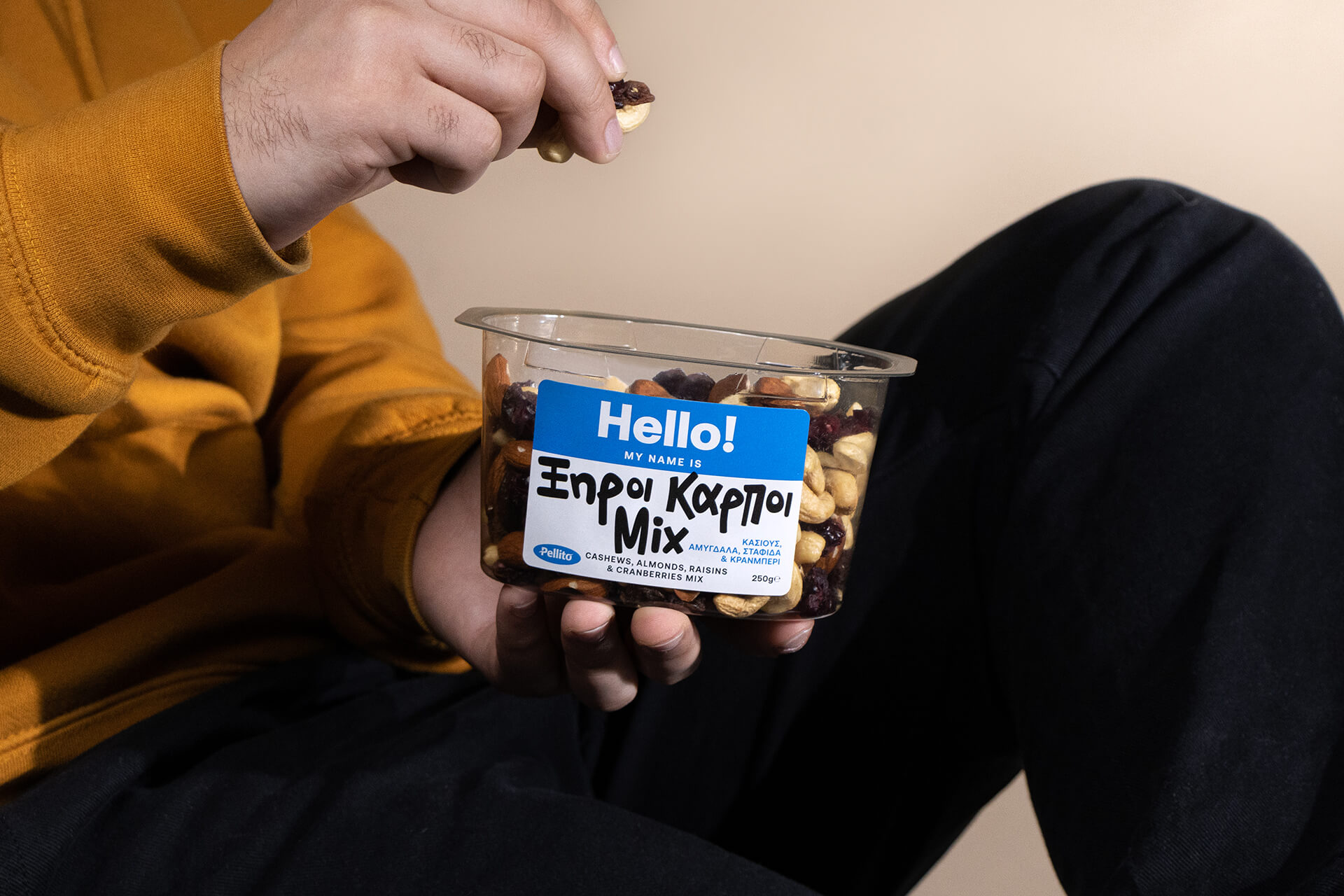 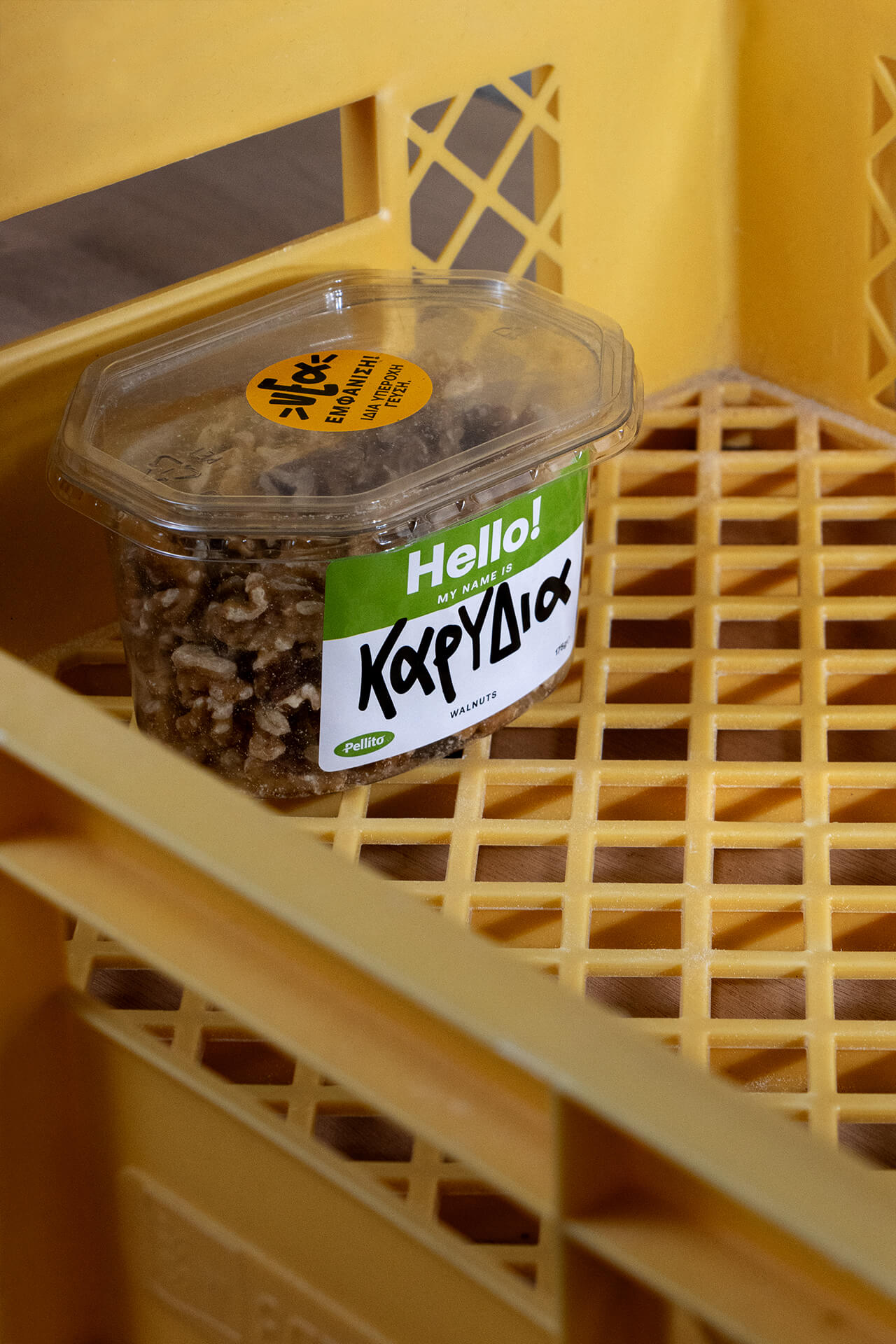 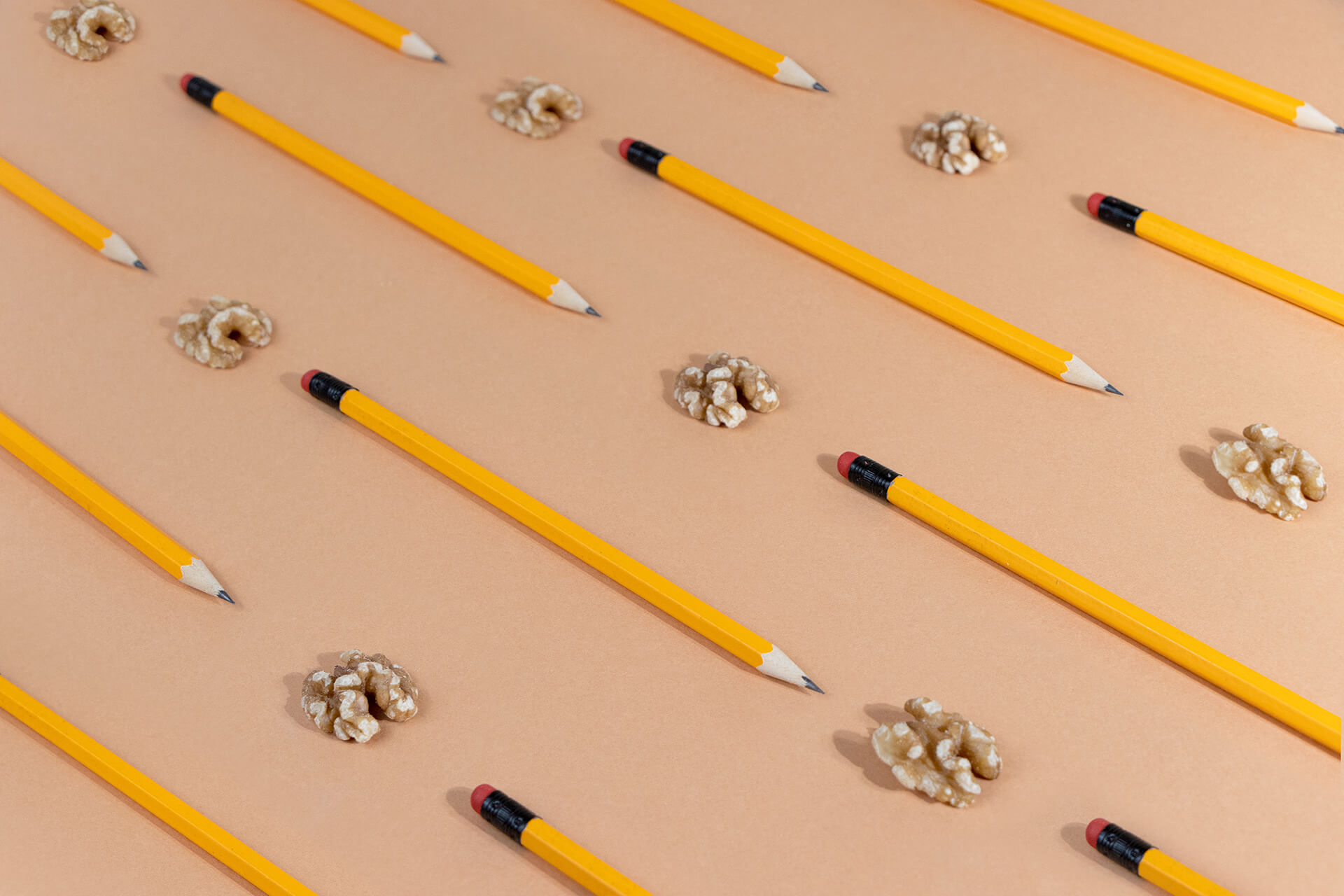 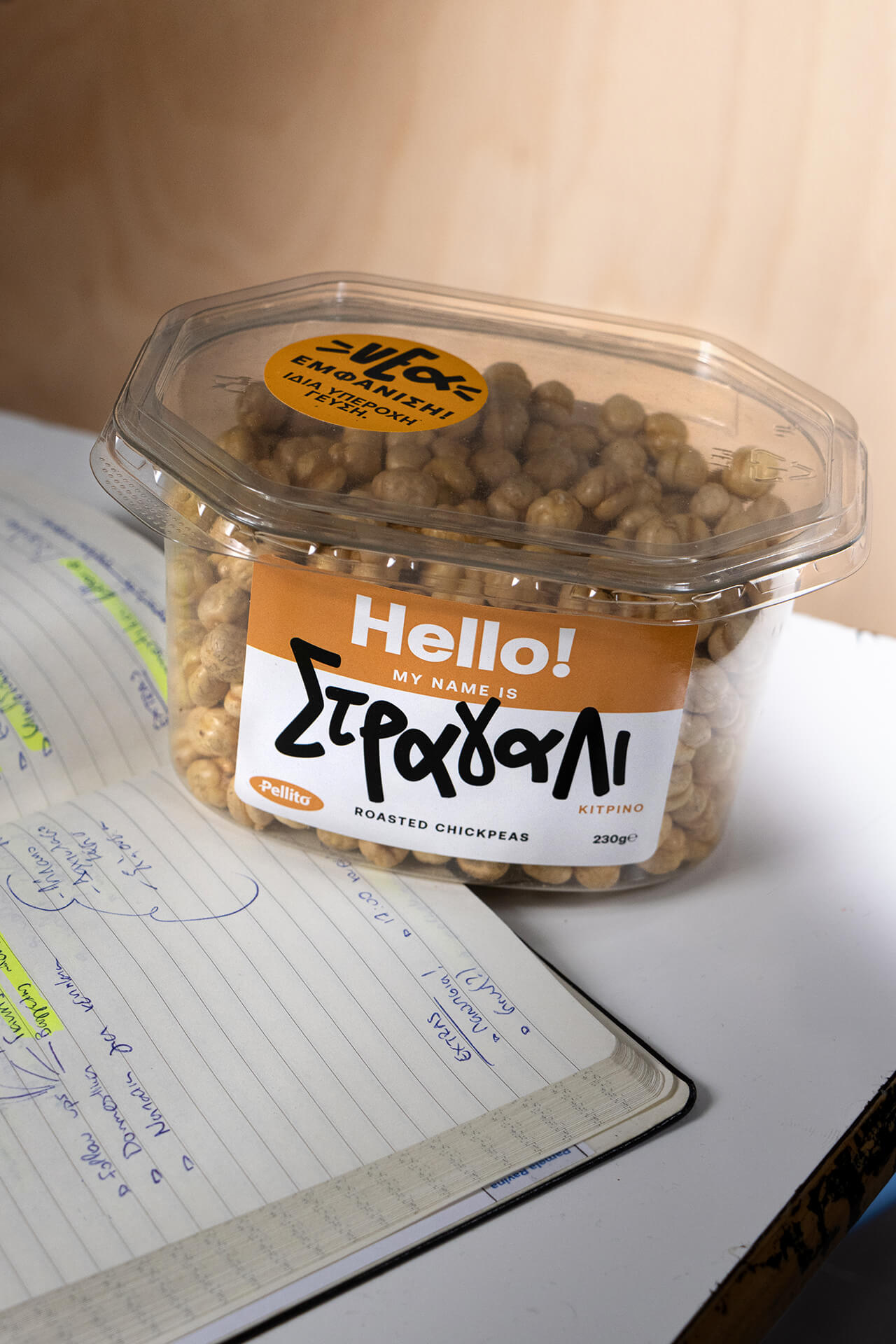 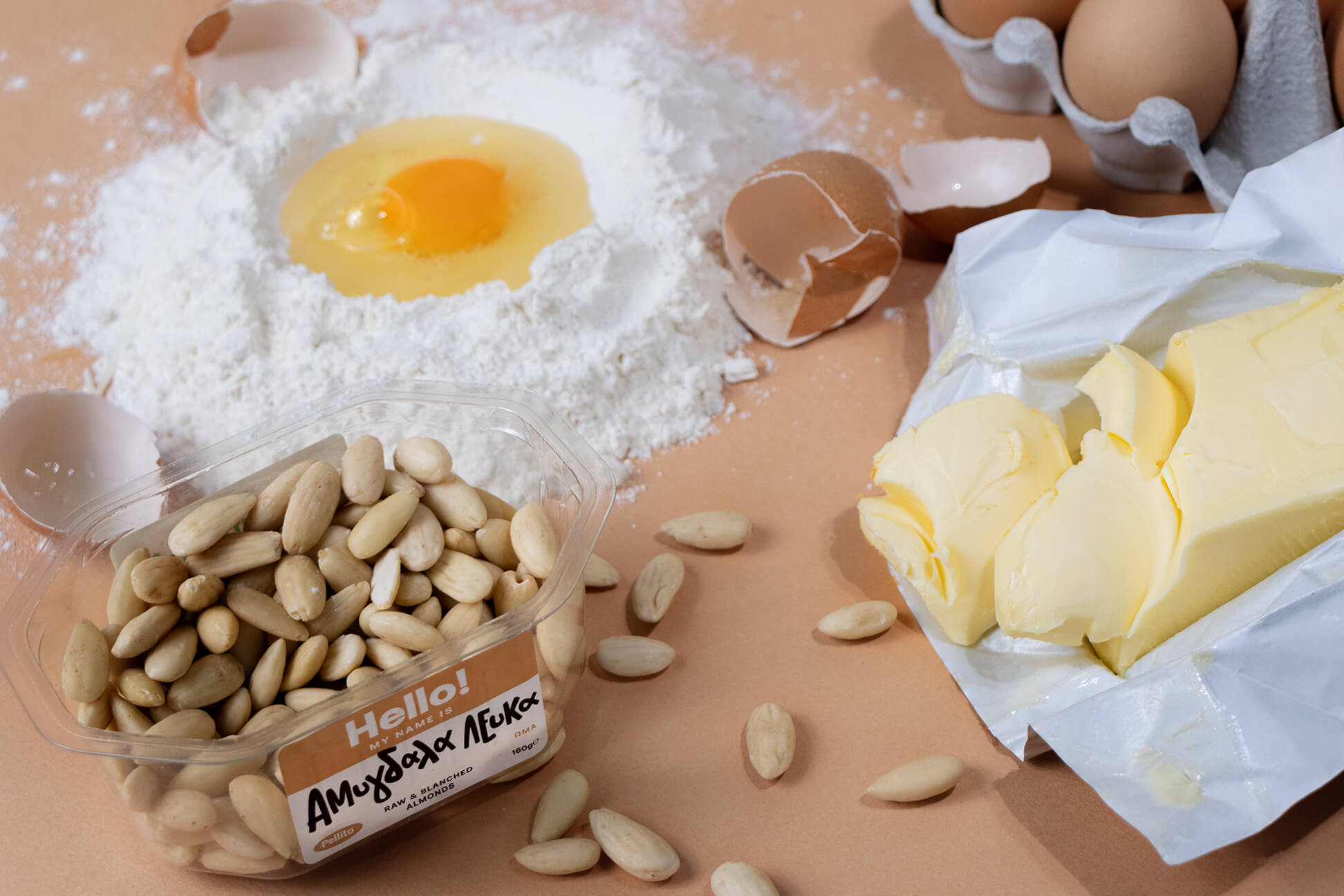 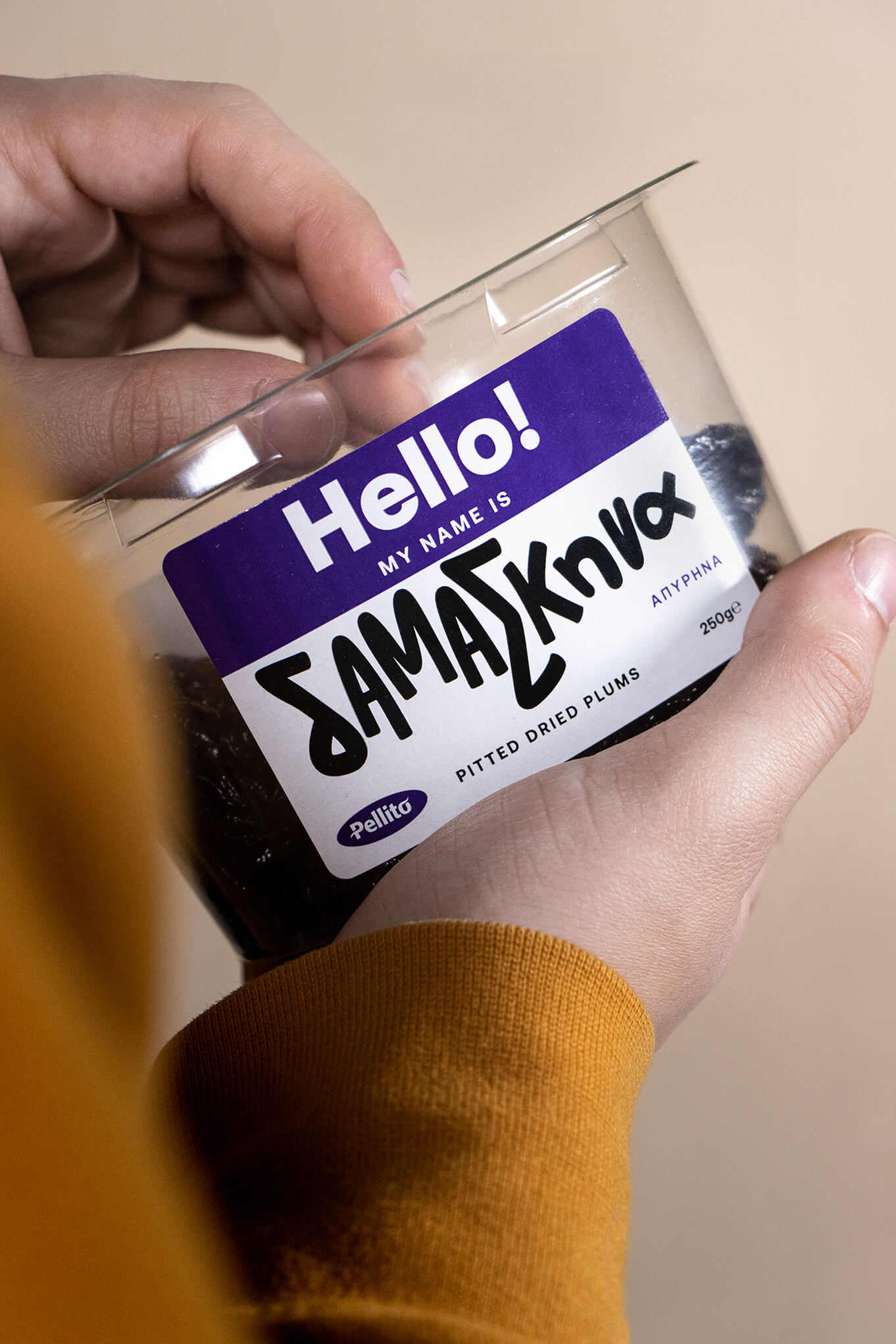 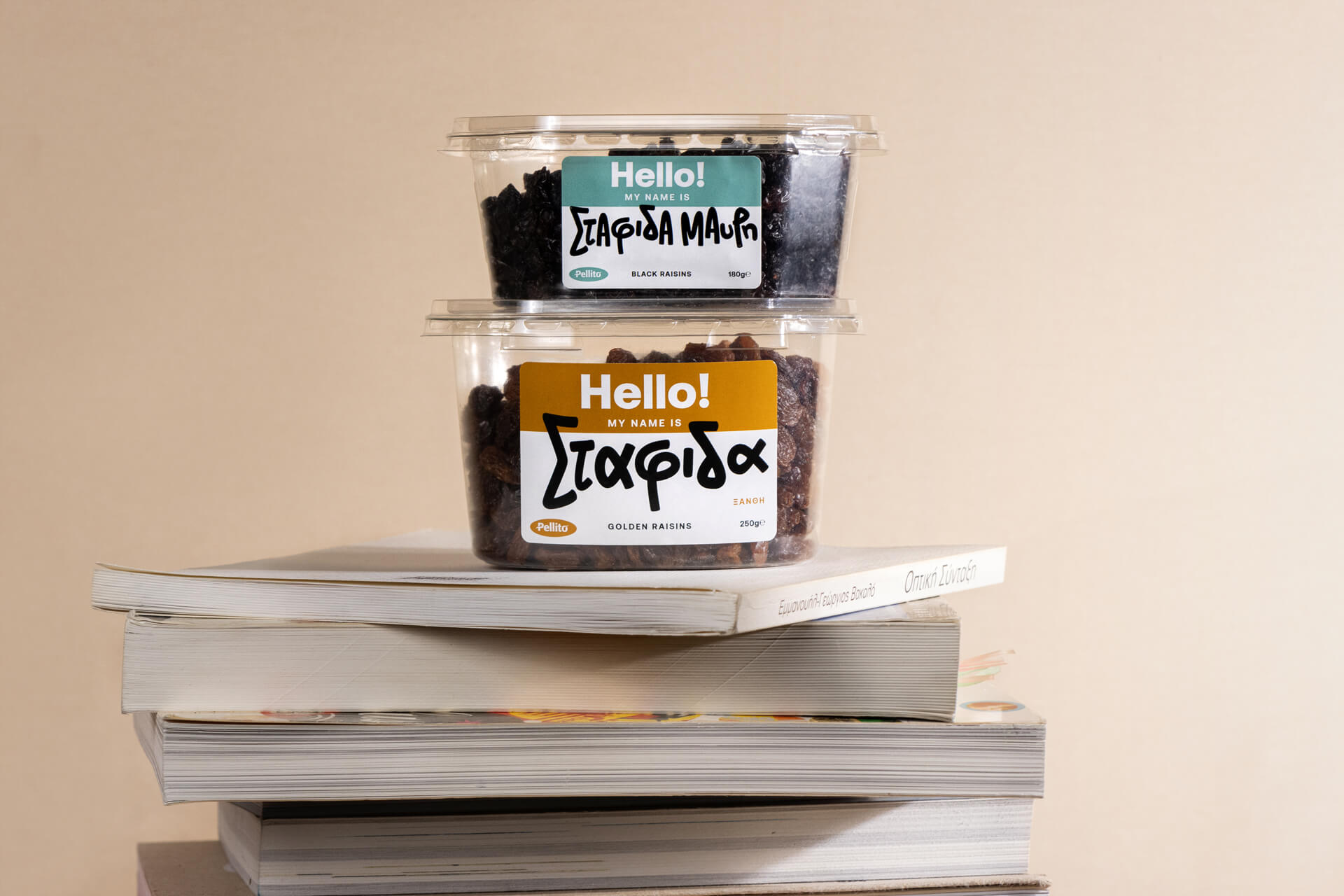 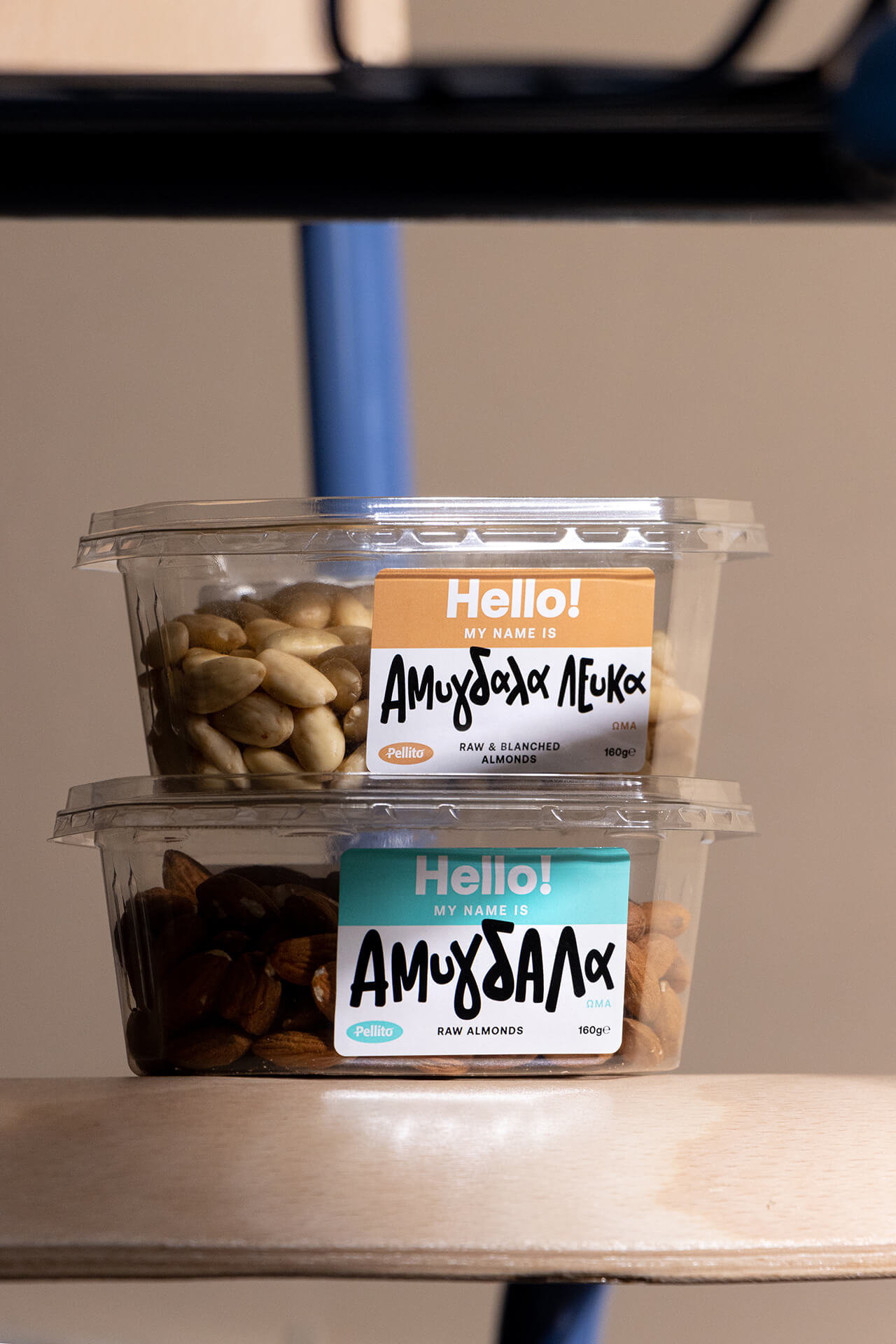 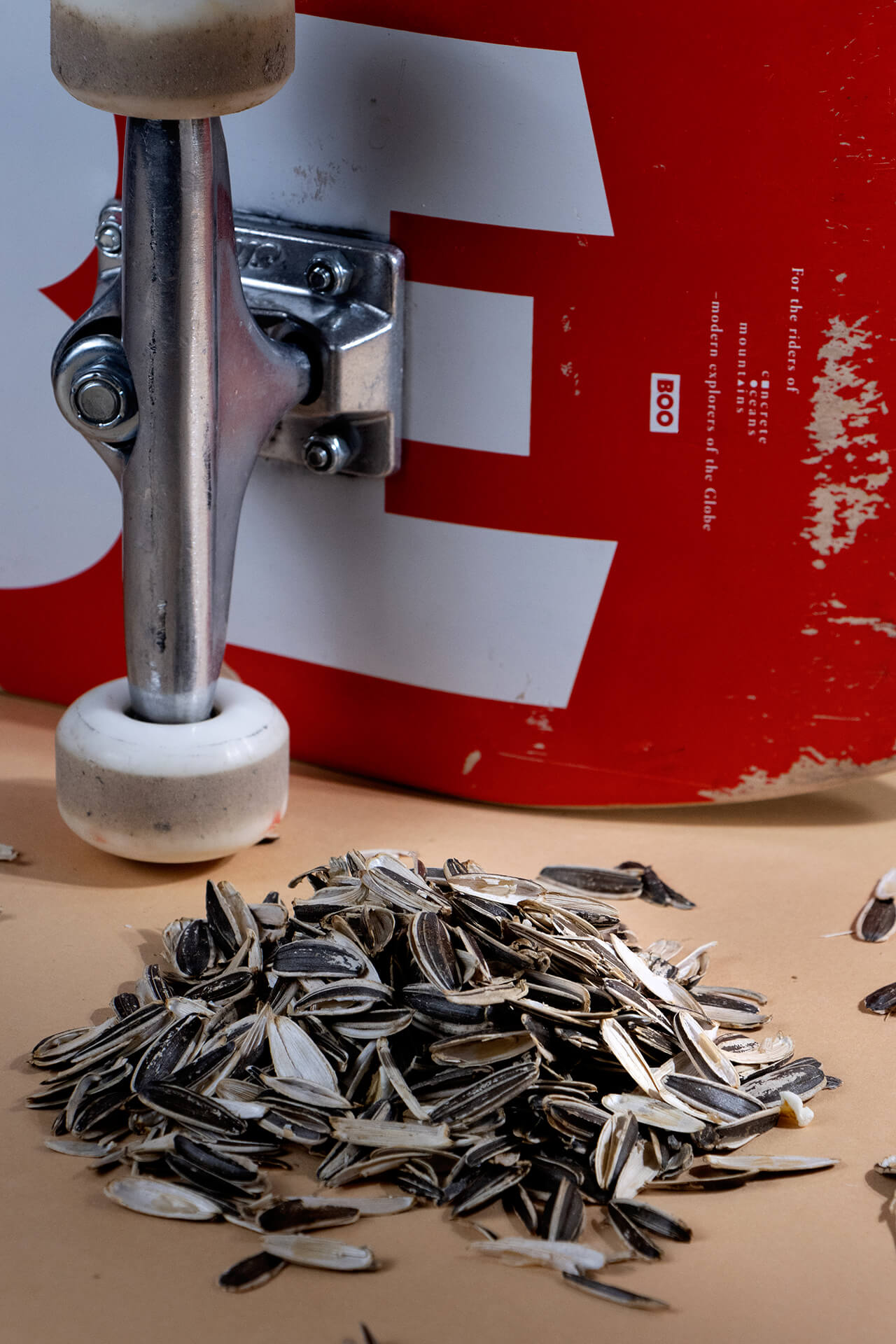 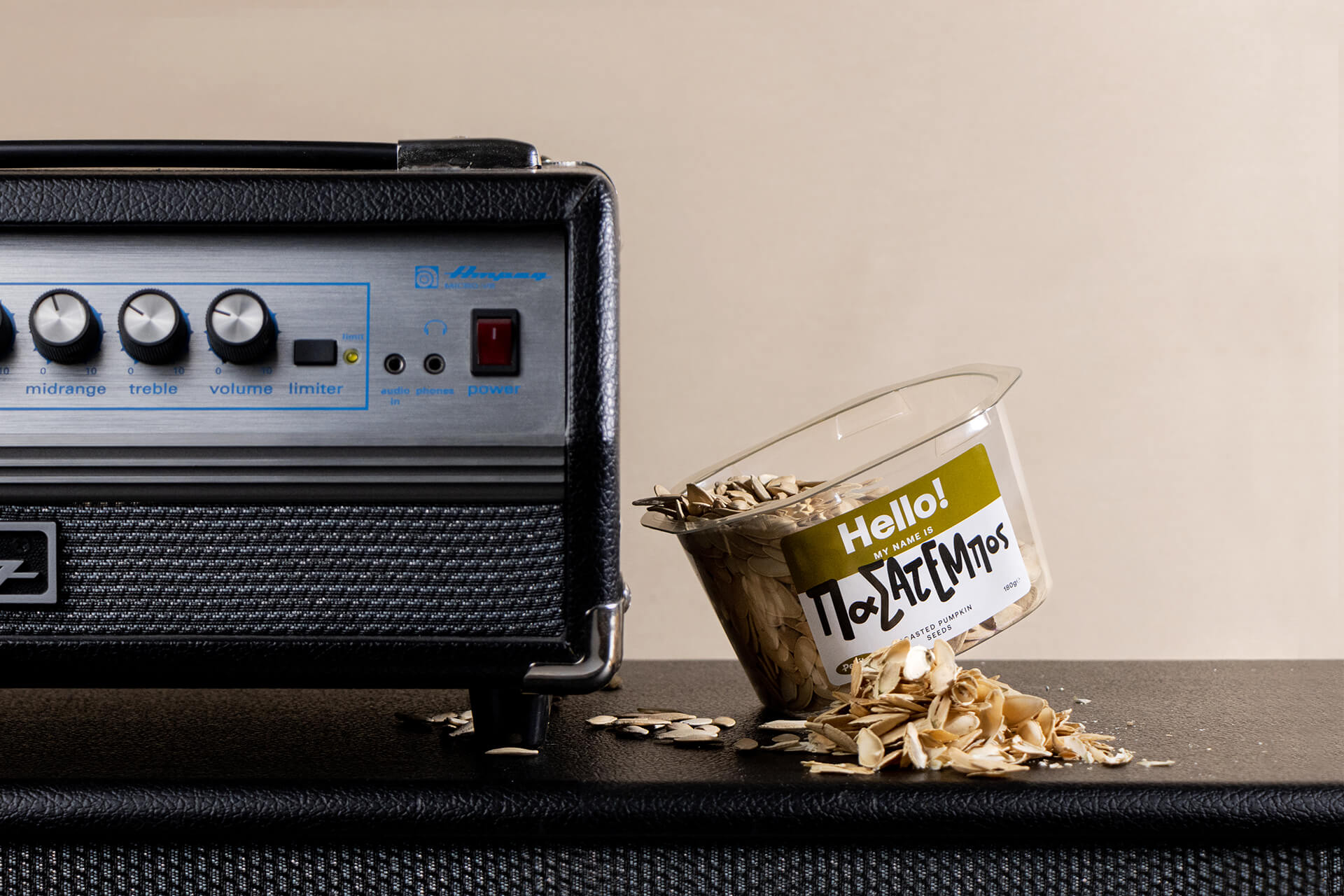 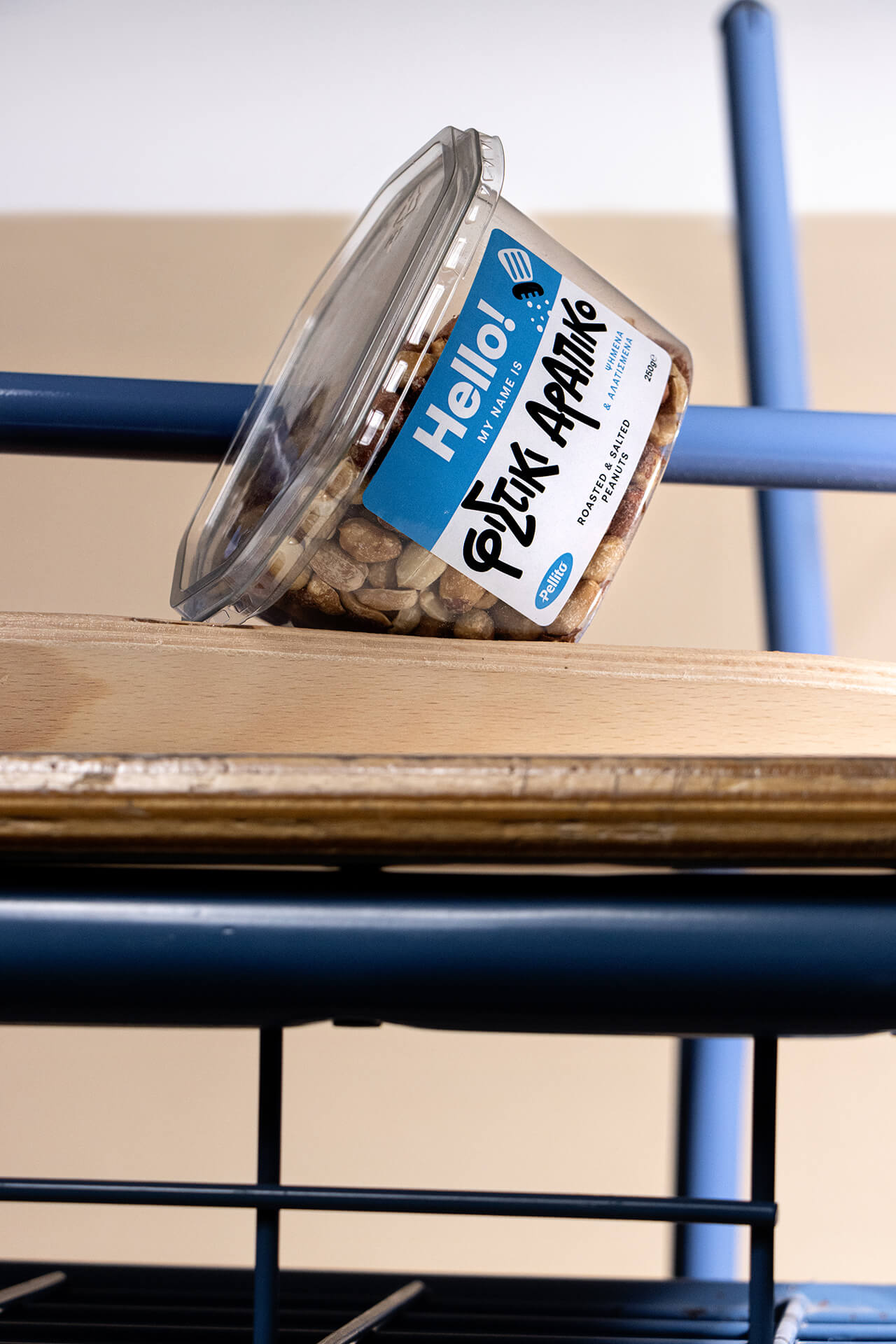 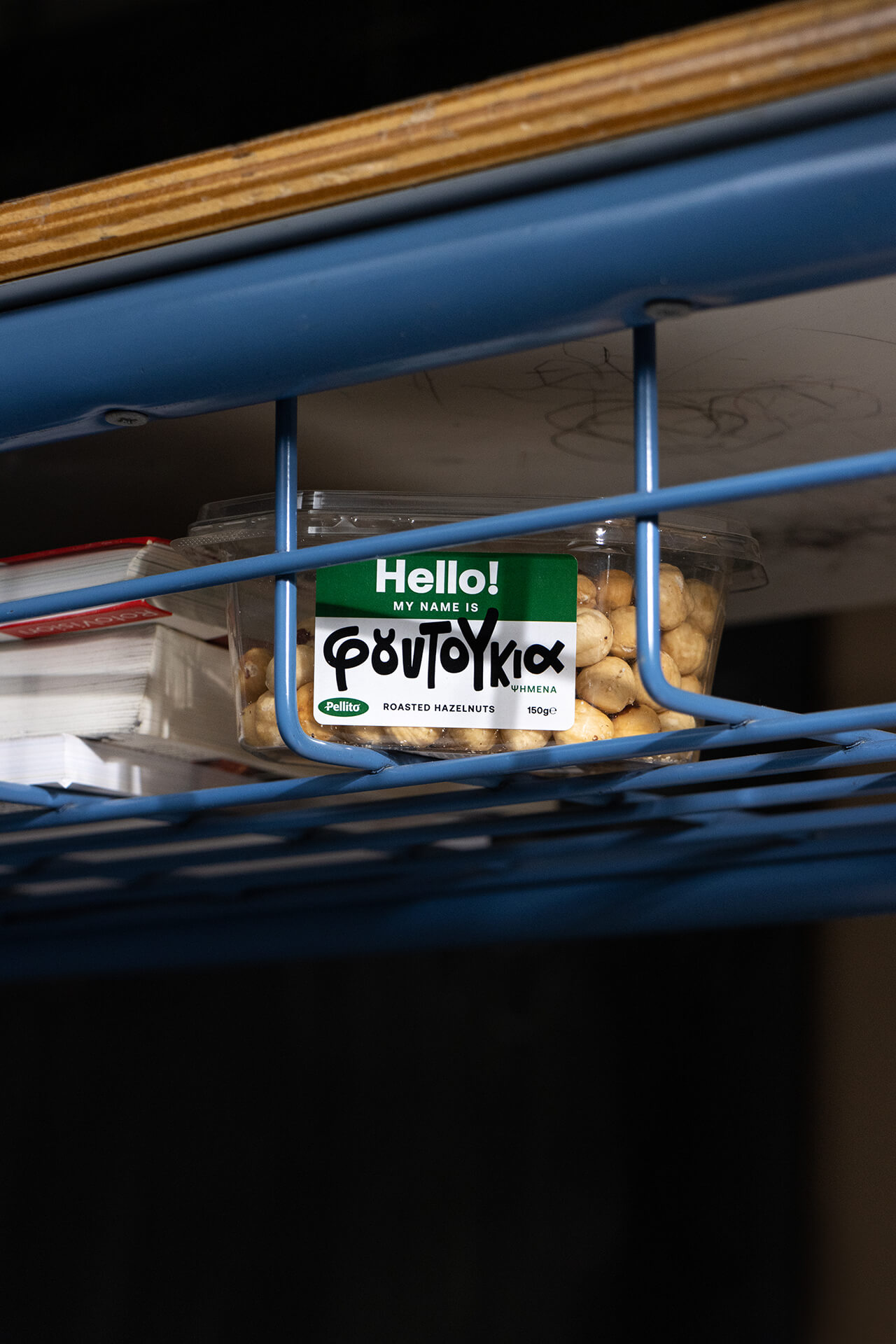 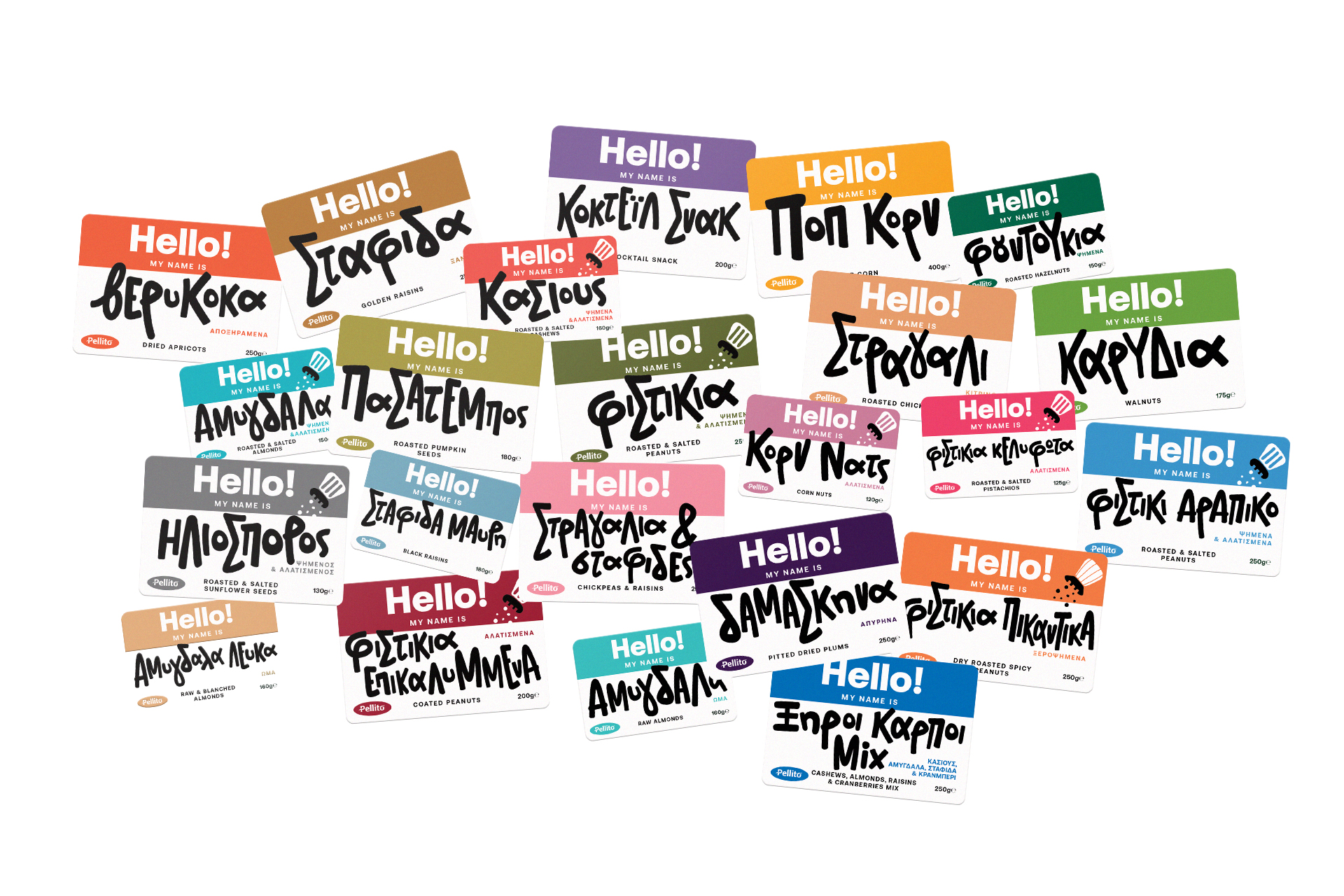