Will you join Boo Republic?

Want to get in touch with the spectre himself?
For new business contact hello@boorepublic.com, call (+30)2310840567 or visit us.

For Fischer beer at Thessaloniki Film Festival 2017, the “Athenian brewery” company, invited us to propose a concept on the annual key visual for Fischer’s ‘Audience Awards’.

Deriving from the idea of the projection machine displaying the film onto the white screen of the cinema, the concept was based on light and shadow. Utilising Fischer’s iconic beer bottle as a frame, a scene was illustrated which its majesty was revealed by light. As the director, the cinematographer and the actress pose in the composition, the famous church of Alsace is revealed in the background; right beneath the glistening stars and the shiny moon. All the elements of the bottle were positioned meaningfully inside the synthesis – the ribboned label and the embossed church for the final key visual of Fischer beer at Thessaloniki Film Festival. 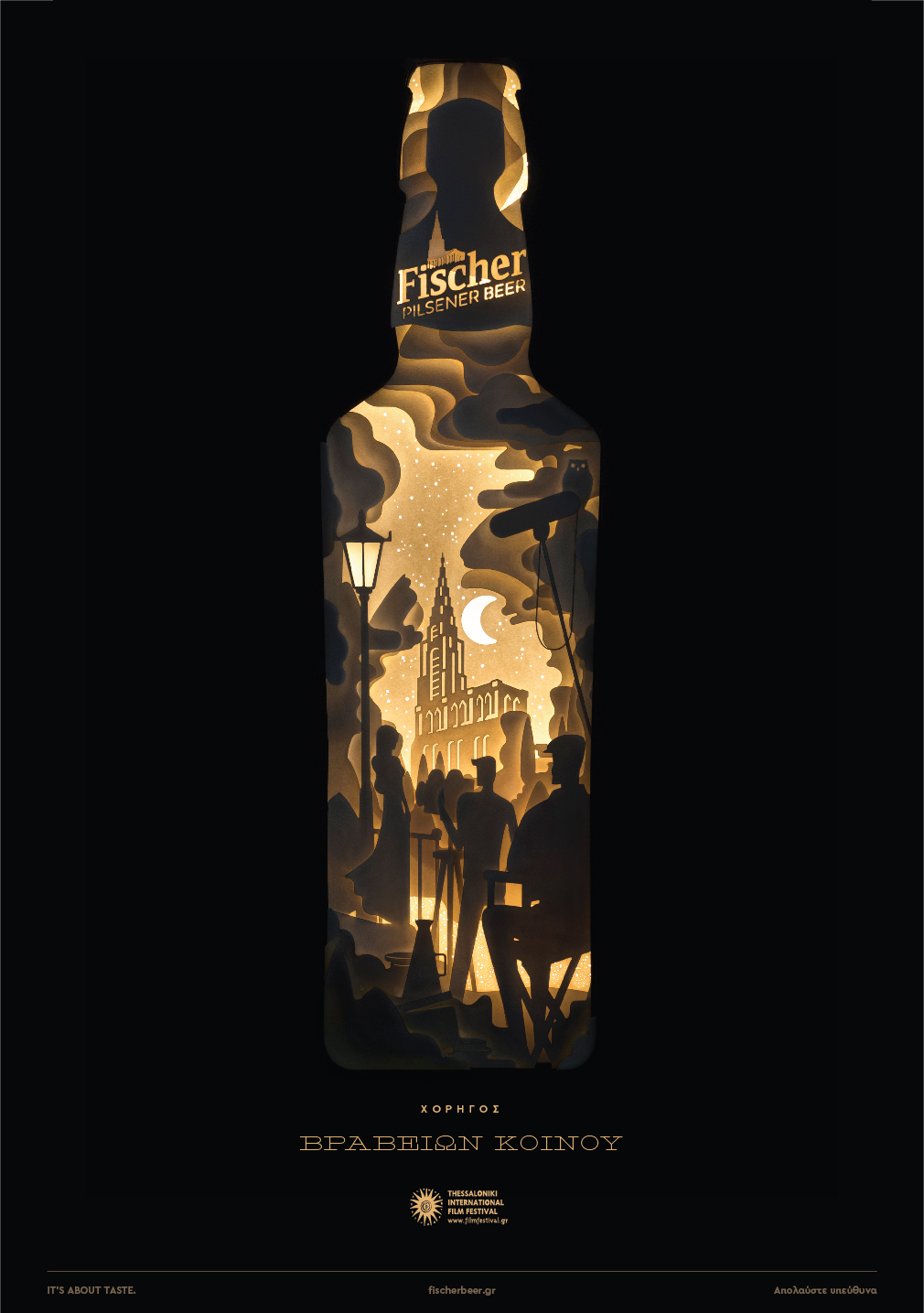 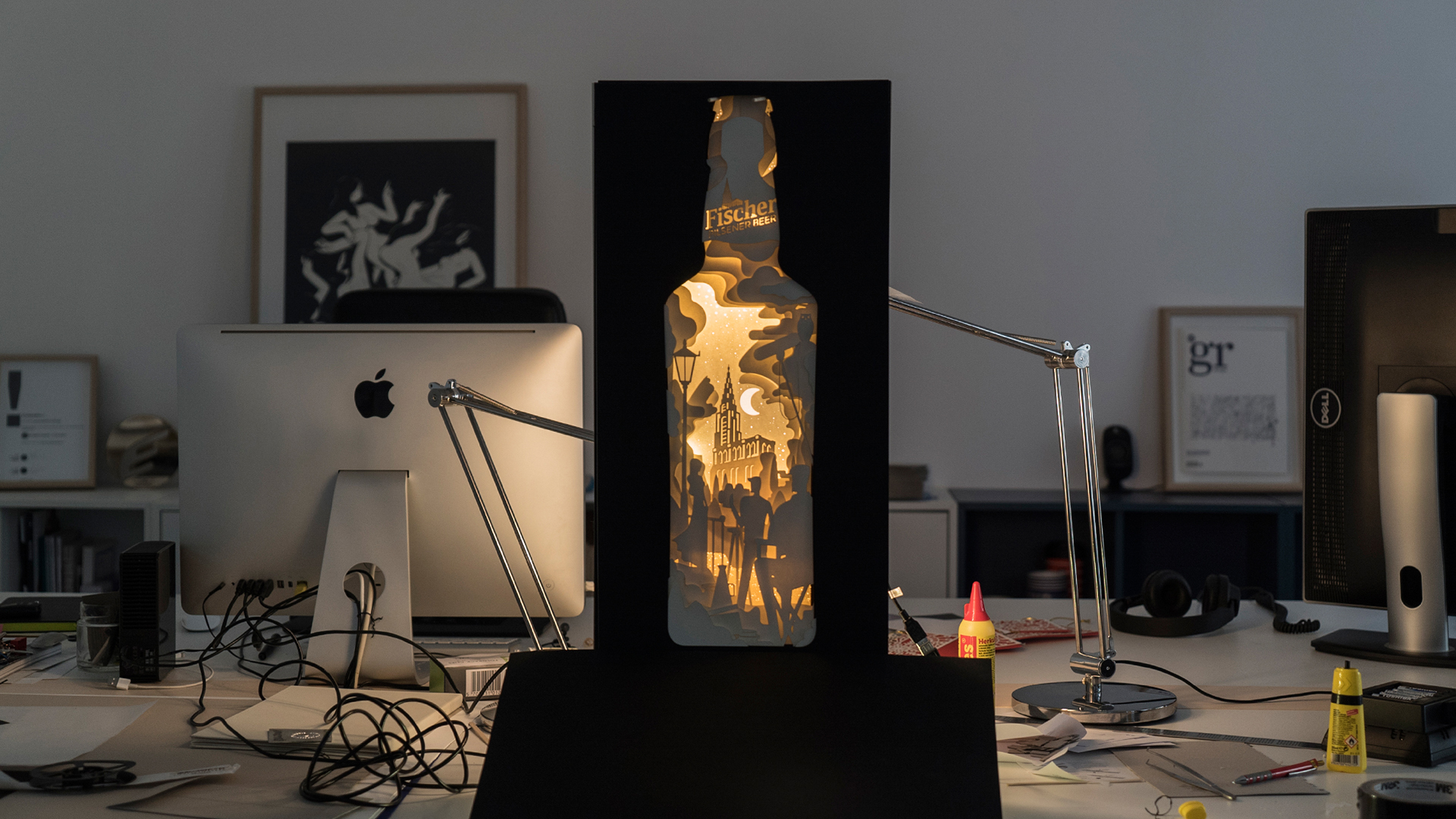 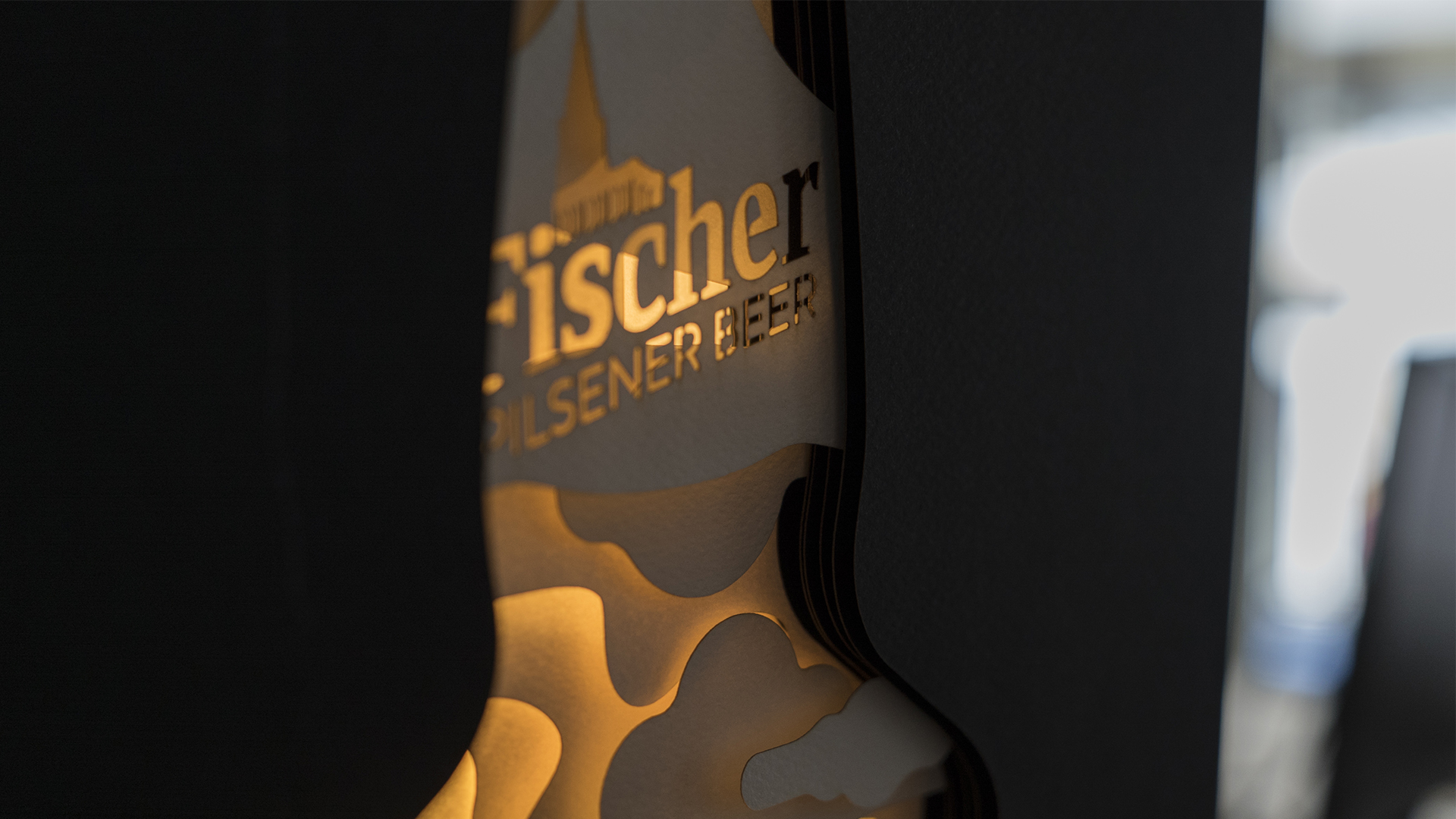 Laser cut details on the artwork. 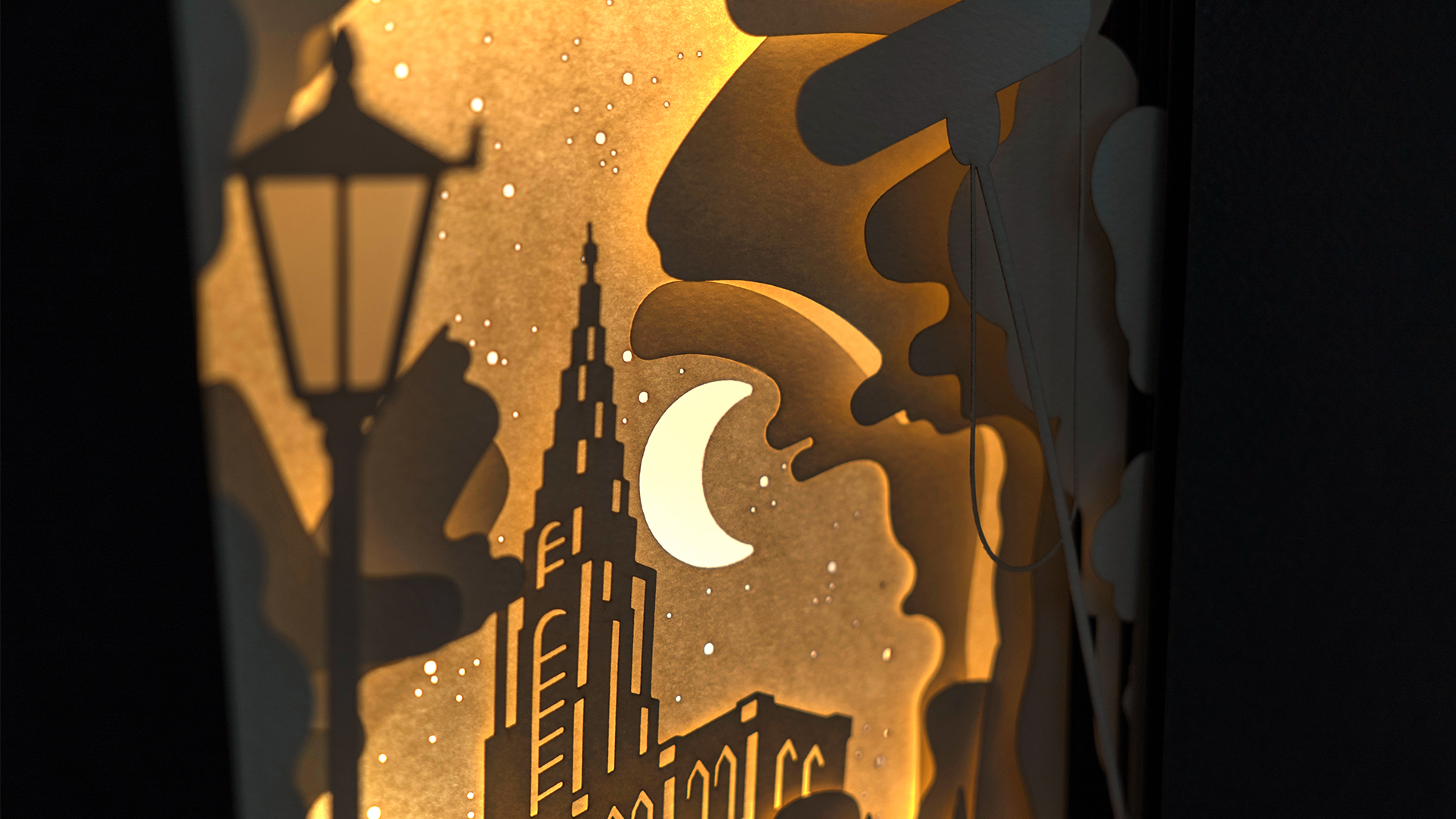 The layering of papers.

An illustration conceived and executed based on the very principle of cinema, where light is the medium.

In total, 17 layers of craft paper, over 20 hours of laser cutting and 16 hours of assembly, lighting set up, frame building, shooting and post production needed to create this papercraft  illustration. The project was not published. 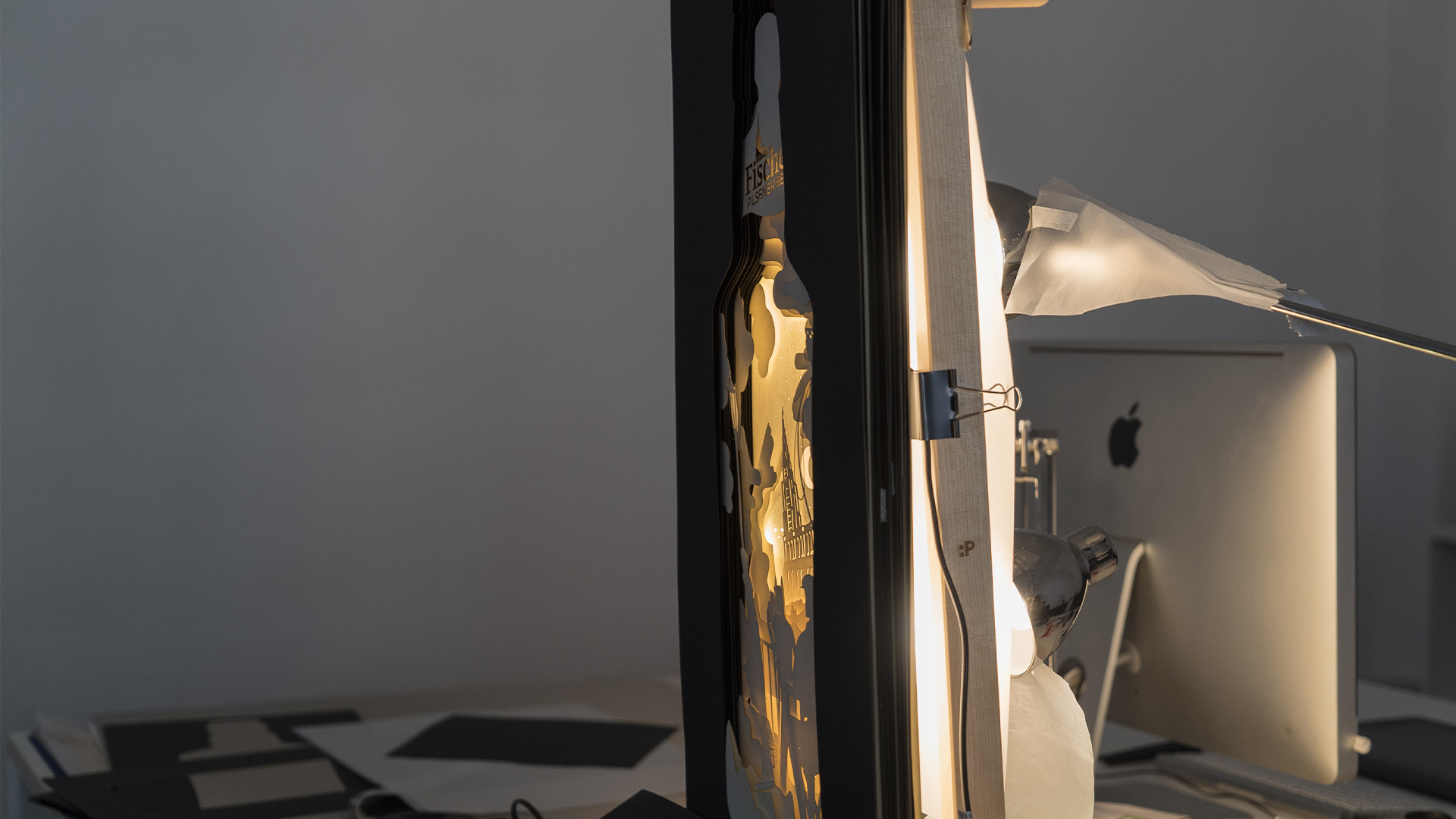 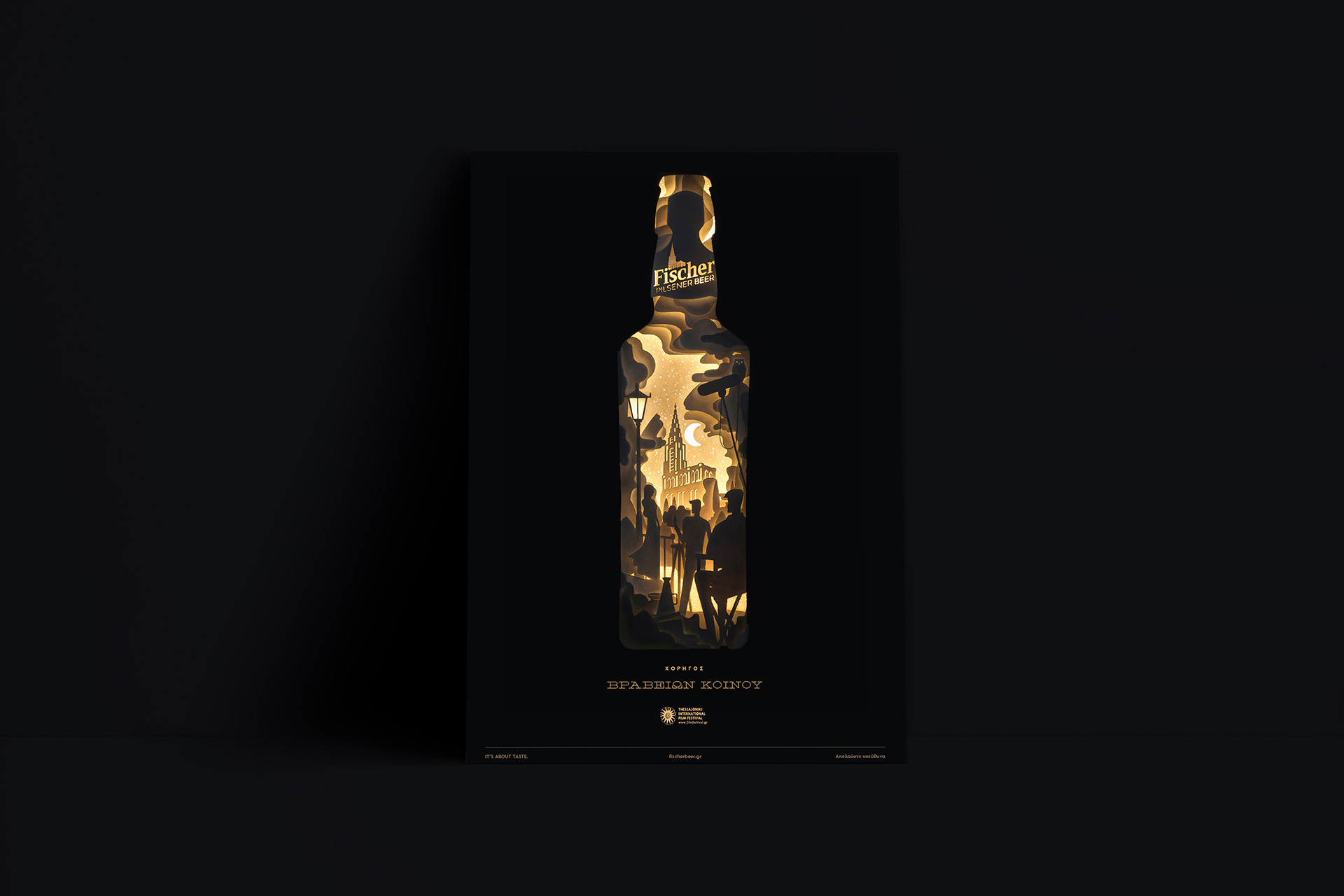 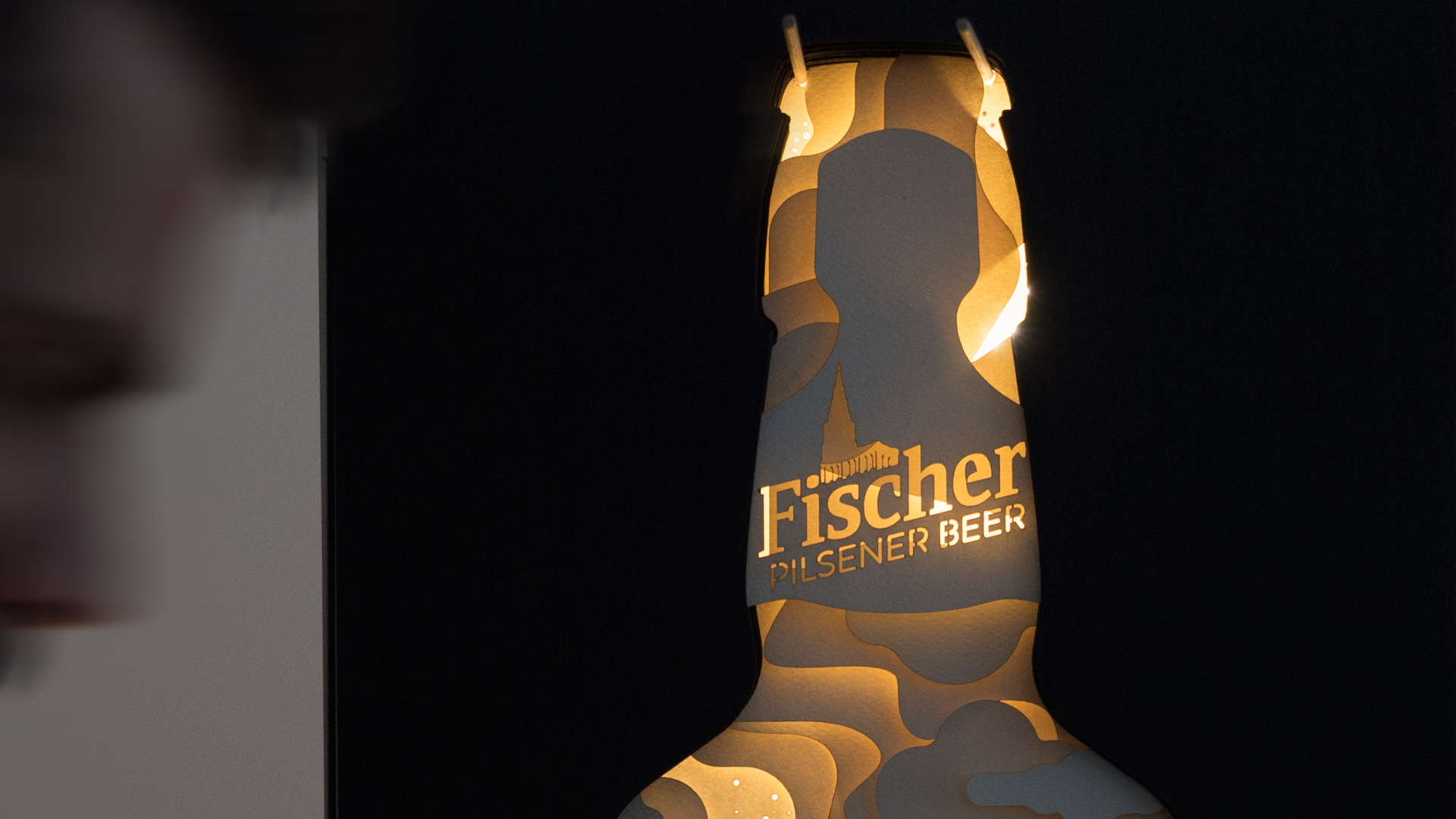